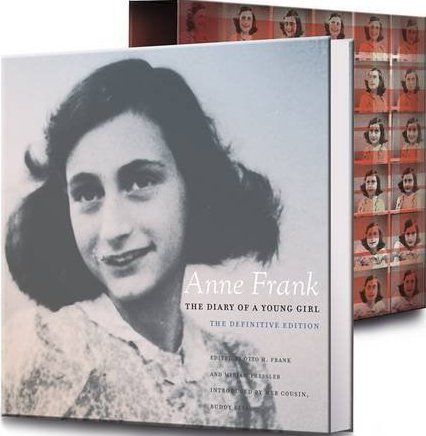 Diary of a young girl (h/b slipcase), the

In July 1942, thirteen-year-old Anne Frank and her family, fleeing the horrors of Nazi occupation, went into hiding in an Amsterdam warehouse. Over the next two years Anne vividly describes not only the daily frustrations of living in such close quarters, but also her thoughts, feelings and longings as she grows up. Her diary ends abruptly and tragically when, in August 1944, Anne and her family were all finally betrayed. The Diary of a Young Girl by Anne Frank remains the single most poignant story to emerge from the Second World War, and her diary has come to symbolize not only the horrors of the Holocaust but the strength of the human spirit in adversity.