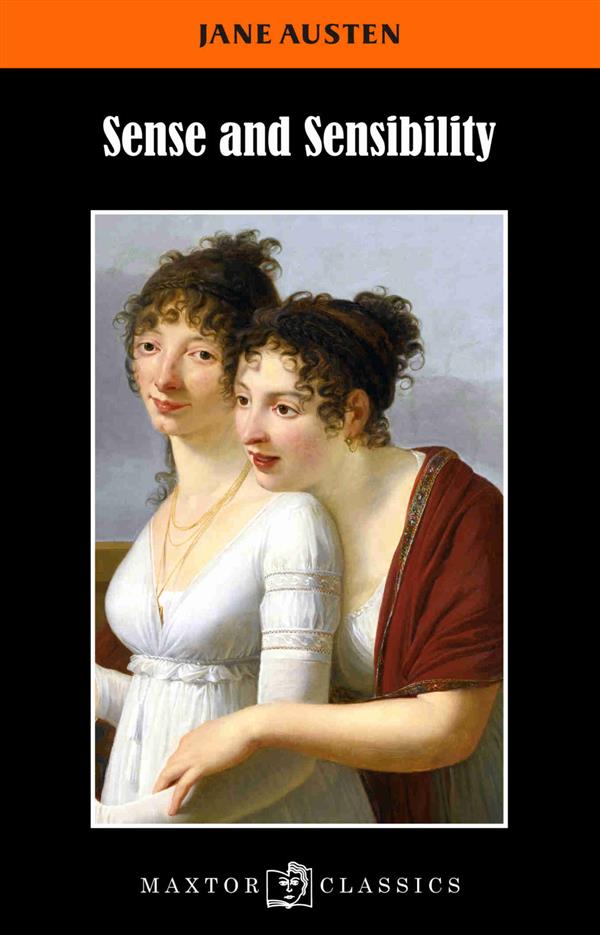 «The family of Dashwood had long been settled in Sussex. Their estate was large, and their residence was at Norland Park, in the centre of their property, where, for many generations, they had lived in so respectable a manner as to engage the general good opinion of their surrounding acquaintance...» Sense and Sensibility is a novel by Jane Austen, and was her first published work when it appeared in 1811 under the pseudonym "A Lady". A work of romantic fiction, better known as a comedy of manners, Sense and Sensibility is set in southwest England, London and Kent between 1792 and 1797, and portrays the life and loves of the Dashwood sisters, Elinor and Marianne. The novel follows the young ladies to their new home, a meagre cottage on a distant relative's property, where they experience love, romance and heartbreak.
Jane Austen wrote the first draft of the novel in the form of a novel-in-letters (epistolary form) sometime around 1795 when she was about 19 years old, and gave it the title Elinor and Marianne. She later changed the form to a narrative and the title to Sense and Sensibility.